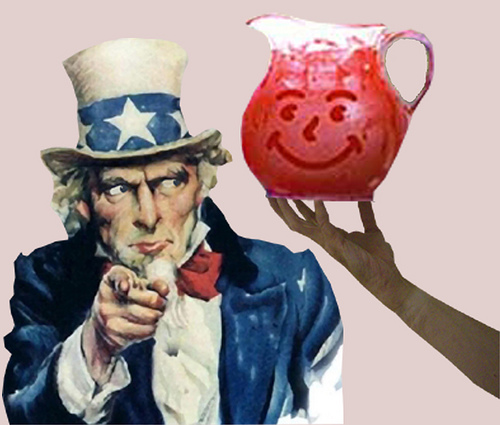 It is now a common knowledge that Uncle Sam has completely abandoned and betrayed Hosni Mubarak of Egypt. And this is nothing unusual. The Egyptian dictator had reached his expiry date and run out of utility; in fact his continuous use beyond expiry date could harm the user’s interests. This has happened with shah of Iran and many others but no one learns a lesson from history. The lesson is very simple; you derive power from nowhere except from your own people and it is these people that you owe your loyalty with.

Hosni Mubarak’s betrayal by the USA will anger Israel as it would lose a friend and a balancing factor in the region where Israel is besieged by hostile neighbors. Israeli government’s reaction to the events in Egypt was cautious and restrained but newspaper columnists in Israel were blunt. One comment by Aviad Pohoryles in the daily Maariv was entitled “A Bullet in the Back from Uncle Sam.” It accused Obama and his Secretary of State Hillary Clinton of pursuing a naive, smug, and insular diplomacy heedless of the risks.

Who is advising them, he asked, “to fuel the mob raging in the streets of Egypt and to demand the head of the person who five minutes ago was the bold ally of the president … an almost lone voice of sanity in a Middle East?”

“The politically correct diplomacy of American presidents throughout the generations … is painfully naive.”

Mubarak’s ouster will not be a loss for Israel alone; USA will also be a loser in Mubarak’s ouster. It will have to spend even more to keep post-Mubarak Egypt on its side.

According to a latest article in Foreign Policy Magazine, the U.S. government has long granted a generous foreign assistance package to Egypt in order to maintain Mubarak’s support for critical interests in the region. Regardless of what form the new, post-Mubarak government takes, the financial price the United States will have to pay to keep Egypt on its side will almost certainly go up. Whether the next government is authoritarian or representative, the street protests of the past two weeks will force it to do more than Mubarak ever did to reflect popular will.

According to the article, the Mubarak government was as pro-American as U.S. policymakers could reasonably hope for; its successor will almost certainly be less so. Its level of dependence on the United States will start out the same, but its level of antagonism will very likely go up. At the same time the new Egyptian government will also have important leverage over the United States. Since 9/11, Pakistan’s leaders have shown how leverage and antagonism can be combined into a money machine financed by the U.S. treasury. Obama and his officials should expect the new Egyptian government, whatever form it takes, to quickly apply the same formula.

Pew Global Attitudes Project has drawn an interesting comparison. According to the Project, the populations of both Pakistan and Egypt have rock bottom opinions of the U.S. government. With popular will now out on the streets, political leaders in post-Mubarak Egypt will profit from burnishing their anti-American credentials. A less cooperative bilateral relationship with the United States will likely result. As is currently the case with Pakistan, U.S. officials will soon have to deal with counterparts in Cairo who will face a limited ability to cooperate with U.S. objectives due to popular resistance.

In spite of this antagonism, U.S. officials will still have to seek Egyptian government cooperation on critical U.S. interests in the region. These include Egypt’s continued support for U.S. military activities in the region, its peace treaty with Israel, its active support of counterterrorism, and its continued adherence to a policy of nuclear non-proliferation.

These policies would seem largely to be in Egypt’s interest as well. However, that does not mean that Egypt will agree to deliver on these U.S. interests for free. Pakistan has shown how to combine leverage over the United States and popular anti-American sentiment into a method of extracting ever more foreign assistance from the U.S. government. U.S. policymakers may grumble that the Pakistanis have delivered little on al Qaeda in many years or that it harbors the Afghan Taliban or that it is rapidly expanding its nuclear weapons arsenal. Given the leverage Pakistan has over the U.S. military campaign in Afghanistan, it seems that the less Pakistan cooperates, the more foreign assistance it receives from the Washington; according to the State Department, U.S. foreign assistance to Pakistan has gone from $727 million in 2007 to a request of $3.05 billion in 2011. Similarly, Yemen has used its tepid support for U.S. counter-terrorism goals to vault its annual U.S. foreign assistance from $19.4 million in 2008 to a request of $106.6 million this year.

The post-Mubarak government could very well follow Pakistan’s lead in combining Egypt’s inherent anti-Americanism and the U.S. government’s critical interests in the region to form a powerful lever to pry more cash out of the U.S. treasury. Although some may view such payments to “frenemies” as unsavory, most U.S. policymakers likely view them as a bargain when compared to the alternatives. Mubarak’s pro-American approach yielded $1.56 billion in assistance this year. With a little bad behavior, the next Egyptian government should be able to do much better than that.

Pakistani media stands between the country and Tunis-type revolution.

One thought on “Uncle Sam fanning the flames of unrest in Egypt, says Israeli media….”