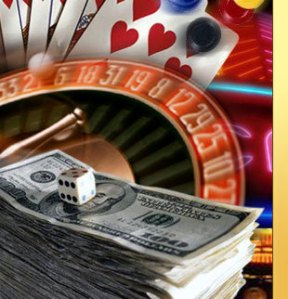 The oil traders have started thriving on Mideast turmoil and the windfall is in the neighborhood of millions of dollars. Over the last several weeks, traders have bid up and down the price of oil by almost $20 a barrel, and they have done so based almost solely on one, single fact: No one, apart from perhaps the royal family itself, knows what is really going on in Saudi Arabia. Are the Saudis truly immune to an uprising in their oil-rich, Shiite-majority Eastern Province? Even if Saudi Arabia is safe for now, can it be counted on to increase its oil production to make up for output lost from other OPEC countries, such as Libya, that go up in flames? Will they do so if two OPEC countries, such as Libya and Algeria, go up in flames at once? Tallying up the beneficiaries and victims thus far of the turmoil in the Middle East, we must include the world’s oil consumers — meaning every person on the planet. A report in the Foreign Policy concludes that one of the few apparent certainties of the upheaval is that it’s not over and has compiled a short list of the most pressing questions about the upheaval in the Middle East’s effects on the oil and energy market.

Not surprisingly, most revolved around the Persian Gulf petro-monarchies, although there are two interesting ones for the United States. First of these questions is; Can Saudi Arabia’s tradition of ultra-secretiveness survive the highly unpredictable unrest? The Saudis are so guarded that they will barely tell you the weather from last week with the result that we simply do not know what is going on in the minds of the royal family, nor in the kingdom’s oil industry. The result? The oil markets were calm by the end of the week.

The second questions is;  Can the Persian Gulf petro-monarchies remain stable with turmoil all around them? When oil traders watch the chaos on the streets of Libya on their TV screens, they are really seeing the oilfields of Saudi Arabia (and Qatar and Kuwait). Meanwhile, we’re assured that the rich Gulf states are not like the run-of-the-mill dictatorships surrounding them, such as Egypt, Tunisia, and Yemen; they have staying power because of loyalty to the crown, cemented by generous socialized economies.

The third question; Can Saudi Arabia truly compensate for any expectable shortfall in the oil market and, if so, for how long? The price in the global oil market for now depends on Saudi assurances that its 4 million barrels a day of spare capacity are sufficient for any probable occurrence. But haven’t all the major events of recent weeks in the Middle East been improbable? Everyone wants to know the Saudi strategy in the event of regional Armageddon. Cameron Hanover, a strategic analyst for hedge funds investing in the energy markets, puts it this way: “At this stage, the Saudis seem to have Libyan shortfalls covered. The kingdom could cover Libya and the loss of one other large producer (like Algeria, the United Arab Emirates or Kuwait), but not any more than that. The $64 million question is whether the Saudis can maintain their sea of calm while the waters roil around them. If they can, we may see rationality return [to the market]. But, it is just too early to bet that the unrest has stopped spreading anywhere else at all, yet.”

Fourth question; Will traders ever have to risk more in order to bid up the price of crude oil during such crises? Oil trading is a casino business. Traders sit at their computers, and lay down their bets that the price of oil will go up or down in a given month. Uncertainty is the air in which they act — without it, there is no casino. But a gigantic, multi-dimensional event such as the Middle East unrest is a feast of uncertainty. Traders pile in, so that when the price swings $8 or $9 in a single day, which has happened during the current crisis, there is the chance for substantial profits.

Trading houses such as Goldman Sachs and JPMorgan have thus far argued successfully that they are a stabilizing force, rationing scarce commodities, and hence should be relatively unfettered in the casino. That’s a nice narrative, but the alternate perspective is that stabilizing and rationing are not rights, but privileges, and should be more costly. In other words, they say, Goldman Sachs should be forced to contemplate longer before buying a big cargo of oil on the whim that it will fetch a higher price a few hours or a few days later. There is something to the latter view.

The fourth question everyone seems to be asking is why can’t the United States create its own spare capacity? Ever since last summer’s oil spill in the Gulf of Mexico, drilling permits in the area have been effectively frozen. It’s generally clear why — no one wants another ecology-tarnishing spill lapping up in Florida, Louisiana, and Mississippi. Moreover, politically speaking, if a similar spill occurred before the 2012 elections, President Barack Obama could face a serious backlash. Yet is the answer zero new drilling in the Gulf?

If a new set of rules were devised that enabled new drilling in the Gulf, one way of looking at the result is an effective buffer of, say, 1 million or 2 million barrels a day of capacity above and beyond global demand. Advocates of such drilling suggest issuing tough but clear new rules, and establishing a mechanism to efficiently administrate the applications for drilling permit requests that are submitted. Considering what we now know about the Middle East, is that such an outrageous proposition?