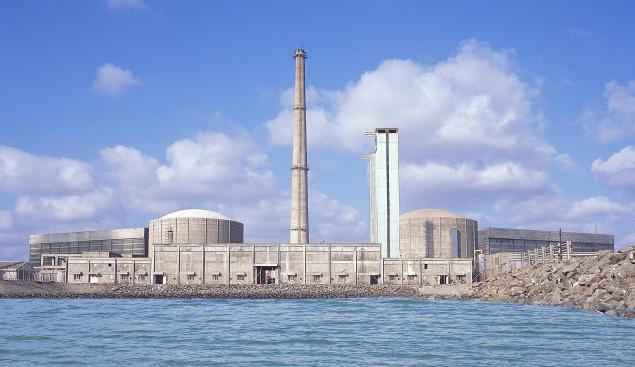 The United States inked a controversial civilian nuclear agreement with India in 2008. This unexpected move invited wrath from almost every stakeholder. Pakistan, another nuclear power and India’s neighbor and arch-rival was a little more frustrated about the preferential treatment meted out to India in view of the fact it is the only US-ally in the War on Terror who has risked its own national security to bail out the USA from this war. The world was, however, not mindful of the potential nuclear disasters from India’s nuclear power plants till the Japan tsunami of March 2011. But after the near-meltdown in meticulous Japan last month, it’s beginning to look like the real risk may come from the reactors themselves — even as the world’s nuclear industry looks to India and China to spark a renaissance in nuclear power. It is widely believed that China’s reactors are more secure than Japan, and after the Japan disaster, China has made additional security arrangements to avert any nuclear disaster.

According to a GlobalPost report, India has a singular distinction of being totally unprepared to meet a similar nuclear nightmare. The report quotes Gopalakrishnan, former chairman of India’s Atomic Energy Regulatory Board (AERB) as saying that in contrast to Japan, India is most disorganized and unprepared for the handling of emergencies of any kind of even much less severity. The AERB’s disaster preparedness oversight is mostly on paper and the drills they once in a while conduct are half-hearted efforts which amount to more of a sham.

The report says that India suffers from an increasingly worrisome shortage of electricity power cuts due to load shedding are a daily reality in most areas, and nearly half the households in the country don’t have electricity. Meanwhile, demand for power is rising more than 10 percent a year due to industrialization and rising incomes. In Jaitapur, a cluster of villages about 375 kilometers from Mumbai, New Delhi has inked an agreement with France’s Areva Group to build the first two of a planned six Evolutionary Pressurized Reactors (EPR), each capable of producing 1,650 megawatts of electricity, in what promises to be the world’s largest nuclear power facility when it is completed. But according to the plans dangled before the nuclear industry in the course of negotiating the India-U.S. civil nuclear pact, that’s only the first step in a breakneck sprint. In 2008, India boosted its forecasts for nuclear power production from a target of 20 gigawatts by 2020 to 275 gigawatts by 2050 to entice the nuclear suppliers’ group to grant a waiver allowing it to import civilian nuclear technology and fuel. After getting the waiver, it boosted the target again, to 455 gigawatts by 2050 — a hundredfold increase in its present capacity.

The speed of that expansion is frightening — especially considering India has already had several near misses. The report also quotes Benjamin Sovacool, an assistant professor at the National University of Singapore as saying that the Tarapur nuclear power plant suffered a partial meltdown in 1979; a fire and explosion forced the closure of the Narora power plant in 1993; the Rajasthan Atomic Power Station at Kota leaked radioactive water into a lake for two months until it was detected in 1995; and, in December 2006, one of the pipes carrying radioactive waste from the uranium enrichment facility at Jadugoda burst and distributed highly radioactive materials as far as 100 km away. In spite of these serious incidents, India’s nuclear establishment has repeatedly downplayed the risks at its facilities since the Fukushima crisis, and the regulatory board’s chairman, S.S. Bajaj, disputed some of the reports cited in Sovacool’s paper.

The report alleges that safety is hardly the only issue of concern when it comes to India’s plans for nuclear expansion. Even as the central government debates changes to land acquisition laws that led to deadly riots in West Bengal in 2007, it’s steamrolling ahead with a forcible “land grab” in Maharashtra to smooth the way for the first big-ticket nuclear project signed after the India-U.S. nuclear pact. In what critics allege is quid pro quo for French support for the move to let India bypass the non-proliferation treaty, India granted the contract to Areva without inviting tenders from competitors — potentially making the green power generated by the project too costly for ordinary Indians to afford.

And the lines separating India’s nuclear industry and its nuclear regulator are too blurry to allow for independent assessment of risks.

Even before the disaster at Fukushima, Areva’s plans for Jaitapur had prompted serious questions from Indian anti-nuclear groups like the Coalition for Nuclear Disarmament and Peace (CNDP). Apart from general objections related to the size and potential impact of the project in the case of an accident, the coalition drew attention to Areva’s design for the pressurized reactors — which it criticized as an “untested” technology. The safety of the reactors’ failsafe controls been called into question by nuclear regulators in Finland, the United Kingdom and the United States. And the pressurized reactor projects that Areva has underway in Finland and France have been plagued by delays caused by apparently basic errors in construction — like failing to pour concrete or weld steel structures to technical specifications. Scholars opposed to nuclear power agree.

The nuclear disaster of Japan is now behind us, but the world has to worry about a looming danger of India’s nuclear nightmare. The safety standards in Japan were much better as compared to India, yet the disaster struck one of the most developed nations of the world. Imagine, if Indian nuclear plants meet the same fate, it will cause a total annihilation in the region.