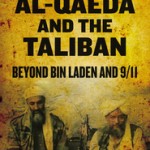 Syed Saleem Shahzad, a little-known Pakistani journalist working for an equally little-known online newspaper died a mysterious death a few days before his book, Inside Al-Qaeda and the Taliban, was to go on sale. The evidence suggested that he was tortured before death. Immediate reaction to the news of his death was not unexpected as Pakistani and international media were already looking for an opportunity to lash out at Pakistani establishment. It was a rare opportunity and nearly all the journalists instantly accused Pakistan’s premier intelligence agency for his killing. The way his death was reported by the media made him international celebrity overnight. His death was used by the senior members of US administration to malign Pakistan. At one point in time, the US was so desperate to pressure Pakistan’s judicial probe panel to convict ISI that it appeared as if he was an American journalist.  His murder was given the same amount of importance by the US which was earlier given to the arrest of Raymond Davis. Davis was a CIA operative who killed three Pakistanis in Lahore in broad daylight. He was caught with clear evidence of his active contacts with the enemies of Pakistani State and his involvement in espionage at the time of arrest. He was later released under US pressure and the heirs of his victims were silenced through payment of hefty compensation under a questionable deal.

The claim to fame of the slain journalist was his sensational stories, largely based on gossip, unverified truth and glorification of acts of terrorism, on Taliban, al Qaeda and Pakistani establishment. These would remain unnoticed if his death was not used by the anti-Pakistan elements for their ulterior motives. He received international limelight after his murder. This unfortunate murder made his book, which was published posthumously, sell like proverbial hot cakes.

The book largely consists of narrations based on information, relating to Pakistan provided by unnamed sources and first-hand information, relating to terrorists, provided by al Qaeda operatives named in the book. Unlike other books on the subject, this book is not based on any scientific research. The conclusions drawn in the book clearly point to the real motive behind this otherwise poorly drafted manuscript. The book contains all those stories which are music to the ears of terrorists and foreign intelligence agencies.

The theme of the book consists of the following:

a)      Ideology driving the movement of al Qaeda. The major source of information appears to be the available literature. The author seems to have created a mix of truth and unverified idle gossip and made it into an exciting revealing story.

b)      Al Qaeda and its operations. This is based on his frequent contacts with al Qaeda operatives through email, his visits to War Theater sponsored by al Qaeda and his meetings with its ideologues and strategists.

c)      A portion of the book has been dedicated to al Qaeda’s image-building. The book endeavors to present larger-than-life portraits of some of the fighters attacking Pakistani civilians and security personnel and makes them super humans. This is based on the narrations of the terrorists themselves. By contrast, those fighting NATO in Afghanistan have not received attention commensurate with their role.

d)     One of the prime motives of the book appears to endorse, though without substance, the international campaign against Pakistan and its security agencies.

The contents of the book, its apparent motive and author’s contacts with the terrorists made him a precious asset for foreign intelligence agencies operating against the interests of Pakistani State. Dexter Price Filkins, an American journalist known primarily for his coverage of the wars in Iraq and Afghanistan for The New York Times has written a revealing piece for The New Yorker. According to this article, in the months before Shahzad was killed, some foreign intelligence agencies tried to recruit him. Roger van Zwanenberg, the publisher of Pluto Press, the London imprint that released Shahzad’s book, told the journalist that members of British intelligence had asked Shahzad for help during a short visit that he made to London in March. The intelligence officers wanted Shahzad to help them get in touch with Taliban leaders. “Saleem declined,” van Zwanenberg said. He added that, when Shahzad attended a conference in New Delhi this spring, officers from an Indian intelligence agency offered to put him on a retainer. Several of Shahzad’s colleagues confirmed this.

The article says that a hallmark of Shahzad’s reporting was that it frequently featured interviews with Islamist militants, including Al Qaeda fighters. His work was sometimes inaccurate, but it held up often enough so that other journalists followed his leads. Perhaps because he had cultivated so many militants as sources, he occasionally seemed to glorify the men who were carrying out suicide bombings and assassinations. In 2009, he published a breathless account of a meeting with Ilyas Kashmiri, a top Al Qaeda leader. Shahzad noted that the terrorist “cut a striking figure,” was “strongly built,” and had a powerful handshake, adding, “Ilyas, with his unmatched guerrilla expertise, turns the strategic vision into reality, provides the resources and gets targets achieved, but he chooses to remain in the background and very low key.”

In Shahzad’s book, says Filkins, there are many vivid anecdotes; for instance, he details an incident in which an Al Qaeda militant and former Army officer-turned-terrorist smuggled a shipment of night-vision goggles through Islamabad International Airport. The story is based on an interview with the said terrorist. But the book’s analysis is shallow: Shahzad depicts Al Qaeda not as an embattled and fragmented entity, as most of the available evidence suggests it is, but, rather, as an Islamist version of SPECTRE, from the James Bond films—a monolithic, secretive power whose influence stretches across the globe. Similarly, instead of portraying the group as a far-flung franchise operation, as it is widely seen in the West, he claims that Al Qaeda has been intimately involved in directing other militant groups in the region, including the Taliban.

Shahzad’s book, even more than his daily journalism, leaves the impression that he harbored sympathy for the killers he writes about. Not only does he describe with enthusiasm the exploits of Taliban and Al Qaeda fighters like Ilyas Kashmiri; he refers several times to “Khurasan”—an outdated term for Central Asia that Al Qaeda followers often use to denote the region. At the end of the book, Shahzad writes, in an oddly prophetic register, “The promised messiah, the Mahdi, will then rise in the Middle East and Al Qaeda will mobilize its forces from Ancient Khurasan for the liberation of Palestine, where a final victory will guarantee the revival of a Global Muslim Caliphate.”

The article reveals that Shahzad, at the time of his death, was in contact with several Taliban and Al Qaeda militants. It’s obvious from his book that Kashmiri was one of them. Muhammad Faizan, Shahzad’s colleague, said, “The militants used to call him, not the other way around.”

This analysis reveals that the author was not a potent threat for Pakistan’s intelligence agencies in his life as the book would not have created much influence for the world if he was alive. He did become a threat in his death as everyone who thought he was an asset to them started pointing fingers at Pakistan. Only those can be held responsible for his death who have gained substantial benefits from it. And the super powers are known to have sacrificed their minor assets to gain major advantages. Those who are trying to get into the shoes of super powers are more likely to benefit from this unfortunate death. Thousands of people have so far been killed in Pakistan, not by Pakistani agencies, but by terrorists and enemies of the State. The author could be one of the victims of such acts of terrorism.

There is another theory that US might have killed the author for entirely different reasons. Ilyas Kashmiri, author’s hero was killed in a matter of few days after Shahzad’s death. According to this theory, American’s might have lethally interrogated Shahzad to get to know the whereabouts of Kashmiri.

Was the slain journalist another Raymond Davis for the US?

7 thoughts on “Inside Al Qaeda and the Taliban: Idle gossip, unverified truth and foreign connections….”