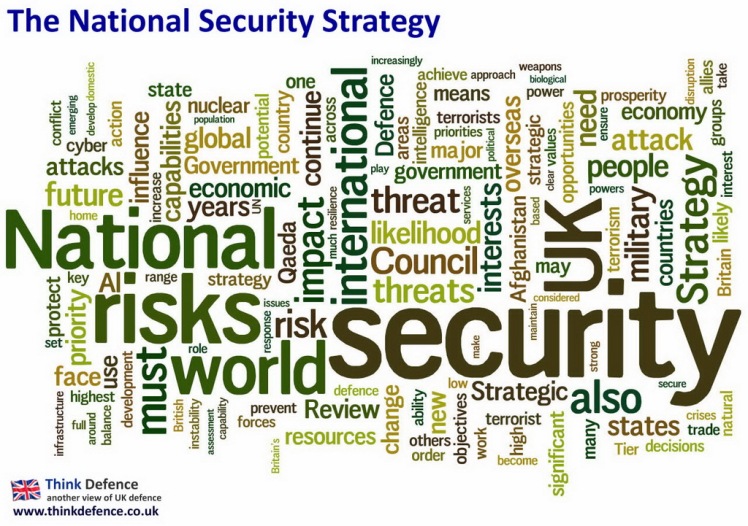 Nearly everyone, who is keen to prove his credentials as a liberal, is working overtime in pointing fingers at the invisible forces, commonly called the Establishment, for anything going wrong anywhere. Establishment-bashing is nearly as old as the Establishment itself. But the Establishment, as a villain is the most misused phrase these days. The term was coined by the British journalist Henry Fairlie, who in September 1955 in the London magazine The Spectator defined that network of prominent, well-connected people as “the Establishment”, explaining: “By the ‘Establishment’, I do not only mean the centers of official power—though they are certainly part of it—but rather the whole matrix of official and social relations within which power is exercised. The exercise of power in Britain (more specifically, in England) cannot be understood unless it is recognized that it is exercised socially.”

With the passage of time, the term assumed different connotation. Now it is referred to as an invisible arm of the State which takes upon itself the responsibility of the first line of defense against foreign encroachment upon its sovereignty. It includes military, intelligence agencies, bureaucracy, media and the civil society which work their way through the complexities of the political process. This is a voice-less, face-less institution which has to bear the brunt of harsh criticism but it has no mechanism to counter true or false allegations leveled against it. The bitterest critics of the Establishment are politicians, most of them opportunists and even small-time thugs, thrown up as leaders through questionable process of electoral exercise.

Pakistan is not the only case in point when it comes to Establishment-bashing. Intelligence agencies all over the world receive a lot of flak for senseless decisions taken by the political leaders in matters concerning national security. Whenever there is a misadventure, the buck is passed on to the Establishment for intelligence failure. The case in point is not Pakistan alone where a well-focused campaign has been launched to malign and criticize the security establishment. Even, the CIA gets criticism for the bad decisions taken by the politicians.

Foreign Policy, in a recent article has quoted instances where the CIA had to face criticism for reckless political decisions while as a matter of fact these decisions were taken by the administration totally ignoring the intelligence advice. Americans often get the sense that their leaders’ hands are guided abroad by their all-knowing spying apparatus. After all, the United States spends about $80 billion on intelligence each year, which provides a flood of important guidance every week on matters ranging from hunting terrorists to countering China’s growing military capabilities. This analysis informs policymakers’ day-to-day decision-making and sometimes gets them to look more closely at problems, such as the rising threat from al Qaeda in the late 1990s, than they otherwise would.

According to the analysis, however, whether going to war or broadly rethinking U.S. strategy in the Arab world, intelligence is not the decisive factor on major foreign-policy decisions. The influences that really matter are the ones that leaders bring with them into office: their own strategic sense or lack of it, the lessons they have drawn from history or personal experience, the imperatives of domestic politics, and their own neuroses. A memo or briefing emanating from some unfamiliar corner of the bureaucracy hardly stands a chance.

President Lyndon B. Johnson and his inner circle received the intelligence community’s gloomy assessments of South Vietnam’s ability to stand on its own feet, as well as comparably pessimistic reports from U.S. military leaders on the likely cost and time commitment of a U.S. military effort there. But they lost out to the domino theory — the idea that if South Vietnam fell to communism, a succession of other countries in the developing world would as well. President Harry Truman decided to intervene in Korea based on the lessons of the past: the Allies’ failure to stand up to the Axis powers before World War II and the West’s postwar success in firmly responding to communist aggression in Greece and Berlin. President Richard Nixon‘s historic opening to China was shaped by his brooding in the political wilderness about great-power strategy and his place in it. The Obama administration’s recent drumbeating about Iran is largely a function of domestic politics. Advice from Langley, for better or worse, had little to do with any of this.

Intelligence may have figured prominently in Bush’s selling of the invasion of Iraq, but it played almost no role in the decision itself. If the intelligence community’s assessments pointed to any course of action, it was avoiding a war, not launching one. When U.S. Secretary of State Colin Powell went before the United Nations in February 2003 to make the case for an invasion of Iraq, he argued, “Saddam Hussein and his regime are concealing their efforts to produce more weapons of mass destruction,” an observation he said was “based on solid intelligence.” But in a candid interview four months later, Deputy Defense Secretary Paul Wolfowitz acknowledged that weapons of mass destruction were simply “the one issue that everyone could agree on.”

The intelligence community was raising no alarms about the subject when the Bush administration came into office; indeed, the 2001 edition of the community’s comprehensive statement on worldwide threats did not even mention the possibility of Iraqi nuclear weapons or any stockpiles of chemical or biological weapons. The administration did not request the (ultimately flawed) October 2002 intelligence estimate on Iraqi unconventional weapons programs that was central to the official case for invasion — Democrats in Congress did, and only six senators and a handful of representatives bothered to look at it before voting on the war, according to staff members who kept custody of the copies. Neither Bush nor Condoleezza Rice, then his national security advisor, read the entire estimate at the time, and in any case the public relations rollout of the war was already under way before the document was written.

As against the common perception about the intelligence assessment, Langley had concluded that Saddam was unlikely to use any weapons of mass destruction against the United States or give them to terrorists — unless the United States invaded Iraq and tried to overthrow his regime. The intelligence community did not believe, as the president claimed, that the Iraqi regime was an ally of al Qaeda, and it correctly foresaw any attempt to establish democracy in a post-Saddam Iraq as a hard, messy slog.

In a separate prewar assessment, the intelligence community judged that trying to build a new political system in Iraq would be “long, difficult and probably turbulent,” adding that any post-Saddam authority would face a “deeply divided society with a significant chance that domestic groups would engage in violent conflict with each other unless an occupying force prevented them from doing so.” Mentions of Iraqis welcoming U.S. soldiers with flowers, or the war paying for itself, were notably absent. Needless to say, none of that made any difference to the White House.

The CIA predicted both the outbreak and the outcome of the 1967 Six-Day War between Israel and neighboring Arab states but top-notch intelligence couldn’t help Johnson prevent the war, which produced the basic contours of today’s intractable Israeli-Palestinian conflict.

Although, U.S. intelligence failed to foresee the 1979 Iranian revolution, but it was policymakers’ inattention to Iran and sharp disagreements within President Jimmy Carter’s administration, not bad intelligence, that kept the United States from making tough decisions before the shah’s regime was at death’s door.

Like any terrorist attack, Sept. 11, 2001, was by definition a tactical intelligence failure. But though intelligence officials missed the attack, they didn’t miss the threat. Years before 9/11, the intelligence community, especially the CIA, devoted unusually intense attention and effort to understanding Osama bin Laden’s organization. The CIA created a special bin Laden-focused unit in early 1996, when al Qaeda was just beginning to take shape as the anti-American, transnational terrorist group we now know. President Bill Clinton stated in 1998 that “terrorism is at the top of the American agenda.” He also launched a covert-action program against al Qaeda that included developing plans to capture bin Laden, even before the 1998 bombings of U.S. embassies in Africa. When Clinton’s national security officials handed over duties to their Bush administration successors, they emphasized the threat that would materialize on 9/11. If more was not done in advance of 9/11 to counter the threat, it was because rallying public support for anything like a war in Afghanistan or costly, cumbersome security measures at home would have been politically impossible before terrorists struck the United States.

The most authoritative evidence of the intelligence community’s pre-9/11 understanding of the subject is that same February 2001 worldwide threat statement that never mentioned Iraqi nukes or stockpiles of unconventional weapons. Instead it identified terrorism, and al Qaeda in particular, as the No. 1 threat to U.S. security — ahead of weapons proliferation, the rise of China, and everything else.

2 thoughts on “Can the politicians be trusted in matters of national security?”