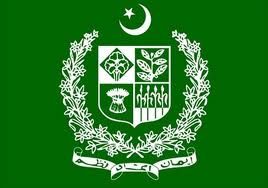 The system of governance in Pakistan is in disarray, the state institutions have crumbled after having been politicized, there is a state of confusion all over and the ultimate sufferers are the stakeholders; the people who only count during the polling season. One of the major causes is the destruction of the institution of civil services. This institution has been corrupted, demoralized and politicized to the core for various reasons. This is no longer in the service of the State, it only serves the political interests of corrupt and unscrupulous political leaders. Gone are the days when the civil services were custodian of national interest, an instrument of continuity and a symbol of highest moral standards. It is for this reason that the civil service was dubbed by the politicians as an agent of status quo.

The civil servants, a crème a la crème, who were selected through a process of very rigorous competitive examination, have now been reduced to mere baboos, rubber stamps and yes-men through coercion and illegal incentives. The very same baboos of today were financial wizards, monetary experts, planners and management gurus of yesteryear. The fact that some of them rose to the position of prime minister and governor-general to fill the vacuum of leadership and keep the nation together in its initial days, only speaks about their intellectual superiority over politicians. Incidentally, the first framer of the first Constitution was a civil servant, who became the prime minister. The day he gave this Constitution is still commemorated as a national day.

What has really gone wrong with this institution? Let us have a quick look at the history of civil services.  The origin of the civil service can be traced back to Imperial examination founded in Imperial China. The Imperial exam based on merit was designed to select the best administrative officials for the state’s bureaucracy. This system had a huge influence on both society and culture in Imperial China and was directly responsible for the creation of a class of scholar-bureaucrats irrespective of their family pedigree. From the time of the Han Dynasty (206 BC to AD 220) until the implementation of the imperial examination system, most appointments in the imperial bureaucracy were based on recommendations from prominent aristocrats and local officials whilst recommended individuals were predominantly of aristocratic rank. Emperor Wu of Han started an early form of the imperial examinations, transitioning from inheritance and patronage to merit, in which local officials would select candidates to take part in an examination of the Confucian classics. The system reached its apogee during the Song dynasty.

The Chinese civil-service system gave the Chinese empire stability for more than 2,000 years and provided one of the major outlets for social mobility in Chinese society. The modern examination system for selecting civil service staff also indirectly evolved from the imperial one. This system was admired and then borrowed by European countries from the 16th century onward, and is now the model for most countries around the world.

In Britain, a permanent, unified and politically neutral civil service, in which appointments were made on merit, was introduced on the recommendations of the Northcote-Trevelyan Report of 1854, which also recommended a clear division between staff responsible for routine (“mechanical”) work, and those engaged in policy formulation and implementation in an “administrative” class. The report was well-timed, because bureaucratic chaos in the Crimean War promptly caused a clamor for the change. A Civil Service Commission was accordingly set up in 1855 to oversee open recruitment and end patronage, and most of the other Northcote-Trevelyan recommendations were implemented over some years. This system was broadly endorsed by Commissions chaired by Playfair (1874), Ridley (1886), MacDonnell (1914), Tomlin (1931) and Priestley (1955).

Pakistan inherited a civil service which was organized on British model. Those were independent and neutral functionaries of the State who performed their duties fearlessly. The major reason for their integrity and their neutral conduct was constitutional protections provided to them by the State against any coercion of the politicians. This included:

Civil servants continued to enjoy these protections till early 70s. If we carefully and independently analyze the situation, we will come to the conclusion that Pakistan’s every institution, and not only the civil services, started crumbling during this period.  On 14 August 1973, these constitutional protections available to a civil servant were taken away from him. More than a quarter of a century has again passed, and with it the concept of the constitutional protections, too, has faded into history. The term constitutional protection to government servants sounds so forbidding that its meaning is generally not clear to the public, the intelligentsia and even to many of the government servants whom it purported to protect.

Show cause notice is based on the first and the basic principle of natural justice. Show cause notice before the imposition of a major penalty was the first and the major constitutional protection available to a government servant. What happened to it is revealed in a very revealing statement, given under his hand, by Vaqar Ahmed, the then all-powerful cabinet-cum-establishment secretary of the government of Pakistan:

“In the first flush of victory, general screening was ordered by the then prime minister in January, 1972. The Law Division was clearly told by him not to include any provision for show cause notice. Z. A. Bhutto rang me up in the middle of the night and told me that he had heard that I was suggesting that there should be provision for Show Cause Notice. He told me that he did not believe in the Anglo-Saxon sense of justice and his revolutionary government would not accept any such suggestion.”

Clause 13 of Civil Servants’ Act, 1973 laid down that a person holding a grade 21 or grade 22 post shall stand retired on any date that the government directs him to retire, and all others, ie, from grade 1 to grade 20 shall retire on any date after the completion of 25 years service, as the government directs. No official reason, or justification, for the deletion of the constitutional provision of show cause notice from the constitution of 1973 was ever given by any government, civil or military, either then or later. The only authoritative version is the above-quoted statement of the ex-cabinet-cum-establishment secretary.

Imagine which civil servant in his right mind will question unconstitutional, illegal and immoral orders. This has let the field open for unscrupulous and corrupt politicians who have patronized pliant yes-men in order to serve their political interests. This may be kept in mind that in most cases, political interests are at variance with national interest.

The constitutional protections to civil servants, given by the British, in 1935, were retained and continued to stay in force when Quaid-e-Azam M. A. Jinnah, a brilliant barrister, a statesman, a constitutionalist and a democrat was in full command of the affairs of the state. It is difficult to believe that the Quaid did not study, or comprehend, the various clauses of the Government of India Act, 1935, as adopted by his government on that glorious morning, on 14 August 1947.

Although, it is almost blasphemous to mention them in positive light, the history of the country testifies that civil servants enjoyed legal or constitution protection during “dictatorial regimes” or when the politicians were not in power. In mid-July 1993, the national and the provincial assemblies were dissolved in Pakistan. The prime minister and his cabinet were dismissed, and a caretaker government was formed to hold general elections, within three months. On 18 October, 1993, which was the last working day of this caretaker government, headed by an ex-World Bank official Moeen Qureshi, an ordinance was promulgated, which, at long last, restored legal protections to the public servants. It may, however, be noted that it was not constitutional, but legal, protection. The ordinance (No: XXXVIII of 1993) was published in the extraordinary Gazette of Pakistan on 19 October, 1993, ie, the very day when a politician took the oath of office, for the second time, as the prime minister of Pakistan. Under Article 89 (2) of the Constitution of 1973, an ordinance stands repealed automatically, on the expiration of four months from the date of its promulgation. The above ordinance issued at the eleventh hour, and the overdue legal protection provided under it to the public servants, stood repealed, after only four months, on 17 February 1994.

It is thus clear that constitutional protections were withdrawn by the politicians to pave the way for illegal detentions, tortures and political victimization during the first bout of “democracy” and to remove all hurdles for corrupt practices and minting money in later “democracies”. The democracy has successfully transformed the civil servants into accomplices in the crimes which are unearthed, on a regular basis, by the apex court. The court is also seized with restoring the prestige of the civil services which will only be possible through restoration of constitutional protections.