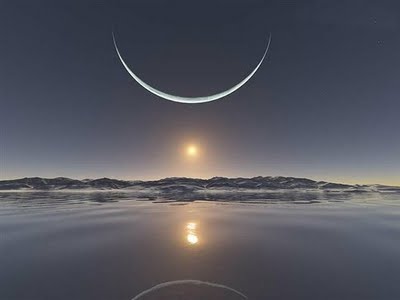 In this age of Internet and technological advancements, Pakistanis prefer living in medieval times . Here, the clergy rules the roost, even in the realm of science and technology. Their ill-informed opinion formed on arbitrariness dominates the scientific conclusions drawn from the laws of Nature. For this bearded brigade, difference of opinion is punishable by death, that too by slashing the throat. No wonder, even the most powerful Muslim state has to accept their dictates. If the mullahs in North Waziristan, the hotbed of terrorism in the name of faith, and those of Peshawar treat the science and Godless scientists with great contempt, it should be understandable.

This is not in Pakistan alone. During the dark ages of Europe, the church used to treat the scientists not only with similar contempt; it also used to punish those who would insist on natural laws; the ones which were beyond the comprehension of the priests. The Peshawar mullahs have yet again lived to their decades-old tradition and have insisted on sighting the Shawwal moon which according to scientists was not possible to sight even with sophisticated gadgetry like telescopes, what to talk of naked eye.

But it seems that mullahs are fitted with such God-gifted powerful lenses that they can spot anything in the universe. The developed countries who spend billions on space research should consider using the powers of these mullahs. In the background of yet another moon-sighting controversy, the scientists are still claiming that it was impossible to sight the Shawwal moon in Pakistan on August 18 as the maximum duration between moonset and sunset was around 16 minutes in Karachi while this duration was even lesser in Peshawar and the adjoining areas. In-charge of Karachi University’s Institute of Space and Planetary Astrophysics (ISPA), Dr Iqbal explained that “for the moon to be visible, the duration between moonset and sunset must be at least 38 minutes for the naked eye and 35 minutes for a telescope.”

Dr. Shahid Qureshi, may be an expert in astronomical studies whose doctoral thesis was on the visibility of the lunar crescent, but he is not the one who can be counted among the privileged ulema (literally meaning the one who is knowledgeable). His knowledge and research will not be credible unless he has graduated in the centuries-old Dars-e-Nizami being taught at the seminaries. His claims should, therefore, be rubbished as has correctly been done by Peshawar Ulema. Explaining, Dr Iqbal said that the moon is perceived as astronomically new when the lunar disc rotating around the earth comes in conjunction with the sun-earth line. He added that the time of conjunction can be accurately predicted but it should not be confused with the first visible crescent of the moon. “It is scientifically rare to observe a new moon through naked eyes earlier than 20 hours from the instant of conjunction,” said Dr Iqbal, adding that “the beginning of a month in lunar calendar in marked only after the visibility of new moon.” Dr Iqbal snubbed the possibility of moon sighting on August 17 as the conjunction took place at 8:54pm Pakistan Standard Time. “The claim of moon sighting in North Waziristan Agency even before the conjunction was ridiculous and wrong,” he stated. “The moon could not be seen anywhere in the world by naked eye or even through high powered telescopes on Friday,” he added.

Elaborating this point further, Dr Qureshi said that the earliest recorded evidence of the moon’s visibility was received from Tasmania, where it was observed by a telescope for 15 hours and 36 minutes after the conjunction, which was on August 18 at 7:30am Greenwich Mean Time. Commenting in the light of Islamic laws, Dr Qureshi claimed that the Sharia cannot go against the laws of nature because it was fixed by God. “For example, God allows us to pray facing anywhere in a situation where we have no knowledge or means to find the direction of Kaaba but the knowledge and means make it obligatory on us to determine the location for prayer,” Qureshi said, adding that the “denial of evidence based scientific knowledge on moon sighting is equal to denying both the laws of Islam and the laws of nature.” He added that even the Muslim scientist Abu Rehan al Beruni had stated around 1000 years ago that moon sighting was an issue which requires good knowledge of astronomy. Ironically, it is the Peshawar mullahs who always sight Eid moon one day ahead of the rest of the country.

There is hardly any Eid on which this controversy does not raise its ugly head. This makes us a laughing stock, not only in the world, but in the rest of the Muslim world where people are not accustomed to such controversies. Incidentally, mullahs raise this issue only when the Ramazan or Shawal moon is to be sighted which concerns the months of festivity. They remain mysteriously silent in all other months.