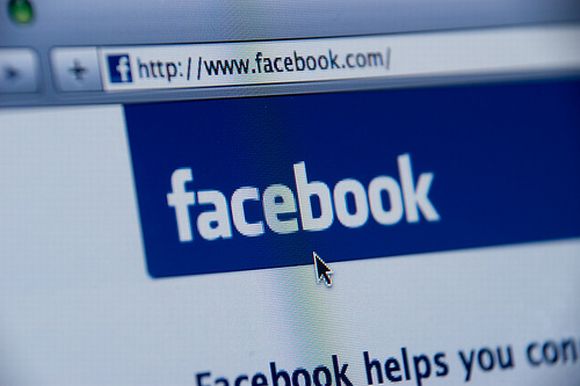 In this Information Age, finding sensitive information is no more a daunting challenge.  The social media has solved so many problems and removed many traditional barriers. The militants fighting the occupations forces in Afghanistan have discovered a novel way, a different kind of honey trap, to get the precious information about the location of NATO soldiers in Afghanistan. They use fake identities of women, with photographs to make it look real, to lure the soldiers into friendship through sites like Facebook. According to The Telegraph, Australian soldiers are now being given briefings before they deploy to Afghanistan to warn of the risk of fake profiles being used to collect information. Soldiers also risk betraying sensitive information by posting pictures or updates tagged with their location, according to the federal government review of social media use in the armed forces. The review, reported by Australia’s Sunday Telegraph newspaper, warns troops to beware of “fake profiles – media personnel and enemies create fake profiles to gather information. For example, the Taliban have used pictures of attractive women as the front of their Facebook profiles and have befriended soldiers. Many of those surveyed for the review were overly trusting of social media contacts and complacent of the risks of divulging information.

It warned that most did not recognize that people using fake profiles, perhaps masquerading as school friends, could capture information and movements. Few consider the possibilities of data mining and how patterns of behavior can be identified over time. The newspaper said the review also recommended friends and family of troops be warned of the dangers of giving away information including soldier’s names, ranks and locations on social media.

The Taliban tactic the soldiers are being warned about looks pale before the traditional tactics used by the intelligence agencies. Extracting sensitive information from enemies of the state has always been an insurmountable challenge. Agencies like FBI have allowed their informants to as far as using sex as a tactics to lure those possessing the treasure trove of secrets to volunteer the information. Cine-goers are familiar with these tactics who have been watching James Bond movies.

Using women for intelligence purposes is not a recent tactic. Honey traps, also called “honey pots,” have been a favorite spying tactic as long as sex and espionage have existed—in other words, forever. Perhaps the earliest honey trap on record was the betrayal of Samson by Delilah, who revealed Samson’s weakness (his hair) to the Philistines in exchange for 1,100 pieces of silver, as described in the Book of Judges. The practice continued into the 20th century and became a staple of Cold War spy craft. Governments around the world set up honey traps to this day, but it’s an especially common practice in Russia and China. The Central Intelligence Agency doesn’t comment on whether its agents use their sexuality to obtain information, but current and former intelligence officials say it does happen occasionally.

Foreign Policy published an interesting article in 2010 giving history of honey traps. This article makes an interesting reading of the dirty tactics of intelligence agencies to lure the informants. If we closely look at these tactics, it becomes extremely difficult to distinguish the business of espionage from the oldest profession of the humankind.

The classic honey trap is seduction to extract secrets. Perhaps the best-known trap layer was the Dutch exotic dancer Mata Hari, who was executed by firing squad in France in 1917 for allegedly passing secrets along to the Germans. When Israeli technician Mordechai Vanunu went public with secrets about Israel’s nuclear capabilities in 1986, he fled to London, only to be seduced by a woman who led him to Mossad agents in Rome. A rabbi later determined that the Mossad’s actions were, in fact, kosher.

Honey trapping often leads to blackmail—though some of the more famous examples didn’t go according to plan. According to Slate, when the KGB tried to blackmail Indonesian President Achmed Sukarno with sensitive videotapes of the president showing him in compromising position with Russian women disguised as flight attendants, Sukarno wasn’t upset. He was pleased. He even asked for more copies of the video to show back in his country.

No one has perfected the honey trap quite like the Russians. A trap appeared to catch  an American diplomat in Moscow in 2009, but the State Department said the evidence was fabricated as part of a smear campaign.  China, too, seems to employ honey traps regularly. When former Deputy Mayor of London Ian Clement was seduced and drugged in his Beijing hotel room in 2009 only to find his BlackBerry stolen the next day, he admitted that he “fell for the oldest trick in the book.”

Chinese are so adept at these tactics that British MI5 had to issue a 14-page document containing guidelines for hundreds of British banks, businesses, and financial institutions, titled The Threat from Chinese Espionage, in which the famed British security service described a wide-ranging Chinese effort to blackmail Western businesspeople through honey traps. The document, as the London Times reported , explicitly warns that Chinese intelligence services are trying to cultivate “long-term relationships” and have been known to “exploit vulnerabilities to pressurize individuals to co-operate with them.” The present focus of China to become number one power through economic means restricts Chinese espionage to collecting corporate intelligence but it proves the point that spymasters of all sorts have trained their spies to use the amorous arts to obtain secret information.

One thought on “Honey Traps: Intelligence business is the oldest profession….”