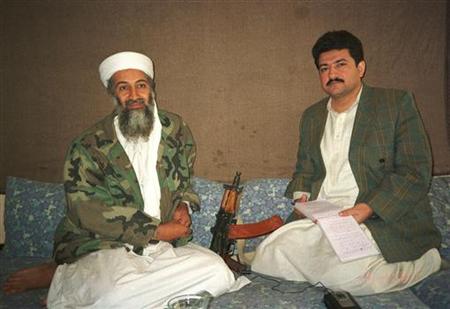 Mercifully, it was TTP which tried to kill a media anchor. On the day of the incident, it was all set to show this attack as perpetrated by the establishment and unleash the anti-Pakistan media and HR forces on Army and the ISI. The vague statement of the anchor himself and not-so-vague references of his comrades in their “shows” gave a clear indication of the direction of onslaught. But, the terrorists have given a shut-up call to those elements in Pakistan’s media, and the whole of Indian and international media, who found an opportunity in the latest incident of planting of bomb in the car of a TV anchor, Hamid Mir, to malign Pakistan’s intelligence agencies. The anchor leaves no stone un-turned in lashing out at military and intelligence outfit of the country. According to News Reports, and to the disappointment of anti-Pakistan media anchors, Tehrik-i-Taliban Pakistan (TTP) spokesman Ehsanullah Ehsan while talking to Dawn newspaper on Tuesday claimed responsibility for Monday’s attack on senior journalist Hamid Mir and warned of more attacks on anyone pursuing the secular agenda. Ehsan said that Hamid Mir was following a secular agenda and was helping those who were working against the principles of Islam adding that their organization would continue to target all those who were becoming part and propagating against jihad. The spokesman of the Pakistani Taliban further said that those targeting the Taliban would be targeted with explosives.

The anchor while talking to media had hinted that not only Taliban had threatened to attack him, he was also feeling threatened by the state actors, a clear reference to Pakistan’s premier security agency. The reaction to the news was mixed. Many who use Twitter clearly dubbed this incident as a drama staged by the anchor himself to advance his campaign. Some were convinced that the premier agency people are not as foolish as to attack a person who had launched a campaign against them. But the owning up of the incident by the non-state actors would silence the ISI-bashers for the time-being till they find another opportunity to carry on with their agenda.

The anchor was considered very close to Pakistani Taliban and the heirs of Khalid Khawaja, killed by Taliban, had accused him of inciting the murder. He would always divert the discussion to drone attacks whenever deaths of military and civilian personnel at the hands of TTP came up in his show. This was also confirmed in the statement of TTP that the said anchor was their favorite journalist but he changed his path. He fell from TTP favor when he promoted Malala Yusufzai and highlighted Taliban attack on this girl, making her an international celebrity overnight.

Agent Vinod and the Capital Talk

One thought on “Mercifully, it was TTP who tried to kill Capital Talk host….”