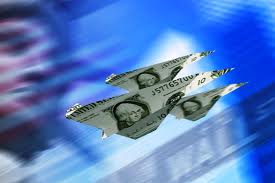 Pakistan’s economy may be facing balance of payment crisis due to its dwindling exports. That could be because of a number of reasons for a virtual shut-down of its export-related industry. But Pakistan is thriving in one line of export; capital. Pakistani investors are making a beeline for getting investment permits and visas in foreign countries. They are eyeing Ajman Free Zone Authority as a preferred destination for shifting their capital. According to reports, Pakistani businessmen rank among top 5 AFZA’s registered businesses. The Authority’s representatives are visiting Karachi these days to lure Pakistani entrepreneurs to Dubai. Dubai in general and AFZA in particular is preferred destination for Pakistani capital because of the opportunities it provides and because it is closer to Karachi than Lahore and Islamabad. Dubai offers continuous supply of cheap energy resource, personal and business security, most economic wage structure, easy access to work force, total exemption to taxes and duties, and corruption-free government machinery. These are some of the factors any investor would die for.

The big push has recently come when, patronized by major political stakeholders of Karachi, extortionists targeting businessmen (locally known as bhatta mafia) are having a soaring business. With government agencies acting as passive spectators, the businessmen in Karachi, the major commercial hub, are fleeing the city and relocating their businesses to Dubai, Bangladesh, Malaysia and Western countries. While Pakistan has turned a blind eye to its wealthy community, foreign countries are luring Pakistani capital.

Apart from Malaysia, Bangladesh and other business-friendly countries, UK is another attractive destination. While industrialists are setting up their manufacturing units in neighboring countries, those with excess capital are making a beeline for UK’s entrepreneur visas. These are the people who want to settle down in countries offering splendid opportunities for them and their families. According to a Financial Times report, the number of wealthy entrepreneurs entering the UK on the government’s visa program has doubled in the past year, boosted by people from China and Pakistan setting up businesses in London. ‘Entrepreneur visas’ allow foreign nationals to start a company and earn a fast track to UK citizenship, as long as strict criteria on access to funding, job creation, or business success are fulfilled. This may not have anything to do with London’s growing importance as a global tech hub

If after three years, holders of entrepreneur visas can demonstrate that they have created 10 permanent jobs in the UK or generated income over that period of at least £5m, they will be able to apply for indefinite leave to remain in the UK at that time, with no restriction on their right to work, rather than having to wait for the usual five years.

While other countries are attracting capital from Pakistan, terrorism, energy crisis, corruption and general apathy of Pakistani government is pushing its own precious capital out of the country. Those trying to get a permanent abode in foreign countries include, not only genuine entrepreneurs but politician and bureaucrats who have stashed tons of money and want to relocate to greener pastures.