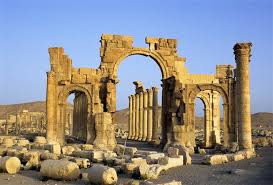 Who would be Sovietized this time around is something which we would witness with bated breath and crossed fingers.

The worst has finally happened. Russia has joined a conflict in the Middle East which has the potential to turn into a war of wider scale between the two nuclear-armed giants. Weakened by the loss of economic might and kinetic power, and a major chunk of USSR states in 1989, Russians were unable to pose any potent threat to hegemony of the US but it seems that they have been emboldened to throw down a gauntlet to the West led by the US. The first test was in Ukraine which returned Russians to victory and now it is Syria where President Putin had successfully averted a deadly US attack through his successful diplomacy.

Now the Russians have launched airstrikes in Syria which experts believe would definitely instigate a proxy war with the US, putting those nation’s powerful militaries in support of opposing sides of the multi-polar conflict. And it’s a huge gamble for Moscow.

According to Military Times, Moscow’s military campaign in Syria is relying on supply lines that require air corridors through both Iranian and Iraqi air space. The only alternatives are naval supply lines running from Crimea, requiring a passage of up to 10 days round-trip. How long that can be sustained is unclear. That and other questions about Russian military capabilities and objectives are taking center stage as Putin shows a relentless willingness to use military force in a heavy-handed foreign policy aimed at restoring his nation’s stature as a world power. In that quest, he has raised the specter of resurgent Russian military might — from Ukraine to the Baltics, from Syria to the broader Middle East.

Russia has targeted the bases of ISIS fighting Syrian regime of Bashar al Assad and has claimed to destroy most of them. This has created a sense of panic in Washington DC which was targeting ISIS, or so it claimed, for the last over a year. Major reason for the panic is not Russia targeting ISIS which some believe is a US proxy of sorts, Americans are worried that Russia is out to fulfill its “imperial” dreams to challenge the Americans everywhere possible and regain its glorious past lost in Afghanistan at the hands of Mujahedeen who had the support of Pakistan and whose war was bankrolled by the US and Saudi Arabia. But it will expose international hypocrisies and dual standards.  Those claiming to be fighting terrorism were caught arming and funding the terrorists in Syria; the terrorists of the worst order who were either themselves al Qaeda or were in bed with them.

This is turning into a situation most disturbing for the Americans. They embraced the likes of al Qaeda to destabilize Syria for regime change. This naked patronage of terrorists led to creation of deadlier terrorist outfits like ISIS which has declared itself as Islamic State and made it obligatory for all Muslims to accept it as a Caliphate. ISIS has clandestine support of CIA even if it is not a US proxy. Americans have a reason to support such organizations; they want to contain Shias of Iraq and by extension Iran and Hezbollah. They seem to have reshuffled their priorities; and regime change in Syria may not be on top of the list but they must support those they claim to be fighting. This secret love affair between the US and extremist Muslim terrorists in Middle East has nothing to do with reaction against US hegemonic policies against Muslim as we are generally made to believe. These organizations have been created on purpose; the US would make use of ‘moderate Sunni states’, not least the Saudis, to ‘contain’ the Shia gains in Iraq brought about by the 2003 US invasion. These ‘moderate Sunni’ forces would carry out clandestine operations to weaken Iran and Hezbollah, key enemies of Israel. This brought the Saudis and Israel closer, as both fear Iran.

We all know that like founder of TTP, an Indo-American-Afghan proxy fighting Pakistan, ISIS founder also spent time in US custody in a detention facility in Iraq before establishing a terrorist outfit. There is a widely-believed perception that the ISIS ‘caliph’ al-Baghdadi is a CIA or MOSSAD trained agent and there are influential people in power corridors of Washington DC who mince no words while admitting it. According to Global Research, General Martin Dempsey, head of the US military, told a Congressional hearing last September, ‘I know major Arab allies who fund [ ISIS ]‘. Senator Lindsey Graham, of Armed Services Committee, responded with a justification, ‘They fund them because the Free Syrian Army couldn’t fight [Syrian President] Assad, they were trying to beat Assad’.

Interestingly, USSR was disintegrated as a result of a war fought by Pakistan through its proxy, the Mujahedeen (not the Taliban) with moral support of the world at large and material and financial support of the US and Saudi Arabia. But now the Pakistan is warming its relations with Russia. Pakistan was a key to pushing the world to a unipolar world order but now it seems, Pakistan would play its role to pave way for a multipolar world order.

In Syria, the US would face a serious dilemma; if it doesn’t resist Russia in the Middle East, Russia could use Syria to launch itself as an empire that it was before 1989. If it does, it would acknowledge by implication that ISIS was its proxy and then it would have to prepare itself for a larger conflict with Russia, Iran, China et al. Who would be Sovietized this time around is something which we would witness with bated breath and crossed fingers.

One thought on “Syria: Russia’s attack on a major US proxy could trigger a wider conflict”