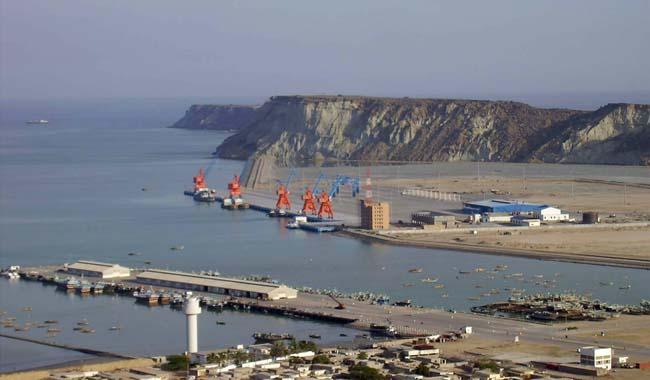 With safe arrival of Chinese cargo at the port, the players making various sinister moves to checkmate CPEC and Gwadar stand checkmated themselves

A lot of proverbial water has flown under the bridges since completion of Deep Sea Port of Gwadar. Then it was unimaginable that the port would ever start its operations given the internal and external dynamics. The province of Balochistan, of which Gwadar is a part and which was to provide rail and road links to make the port successful, was on fire because of a fierce insurgency. This insurgency, dubbed as Baloch Liberation Movement, was directly and openly fanned, funded and armed by India and its political poodle, Afghanistan. Other players like the US and UAE were licking their own respective wounds inflicted by construction of the port and they had, indirectly, encouraged the insurgency.

Although, the port is just a commercial venture and is not a military jewel in China’s String of Pearls, it was considered a threat to commercial and strategic interests of all those who tried to block its construction and operation.

The port was built with Chinese assistance and, after failure of Port of Singapore Authority to run it, its management was handed over to Chinese company, China Overseas Port Holding Company. This port is central to China Pakistan Economic Corridor (CPEC) initiative under China’s One Belt One Road (OBOR) policy. It would provide shortest possible access to China for import of oil from the Middle East and export of its goods via a route build through Gilgit area bordering Xinjiang province of China.

This route will pass through various areas of Pakistan and will eventually terminate at the port city of Gwadar. China has invested nearly $47 billion in CPEC and it is expected that this initiative would create massive employment opportunities particularly for the areas along the route. These areas were far-flung and cut-off from the main centers of economic activities.

There are many irritants for various players caused by this port and the CPEC. The CPEC would surely spell prosperity for Pakistan’s economy in general and for the people of Balochistan and Makran Coast, in particular. This is something which Pakistan’s archrival, India, finds hard to stomach. The CPEC also spells economic growth and expansion of influence for China to all the countries covered by OBOR which the US finds difficult to accept. The port would surely hurt economic interests of the transshipment port at Dubai and also Chabahar port, built by India very close to Gwadar.

All of these players have been trying to block Gwadar and subsequently CPEC but with Government and army’s resolve to fight insurgency with success and army putting its weight behind the success of CPEC, China was able to dispatch its train of cargo truck to Gwadar for onward export. The cargo has reached Gwadar and would be loaded to the ship on Sunday, November 13, 2016 heralding formal opening of Gwadar port.

With safe arrival of Chinese cargo at the port, the players making various sinister moves to checkmate CPEC and Gwadar stand checkmated themselves. But this is only a beginning; the journey to economic prosperity through CPEC and Gwadar is very long and difficult. Pakistan and its people have to remain wary to the checkmated players who have already started licking their wound.