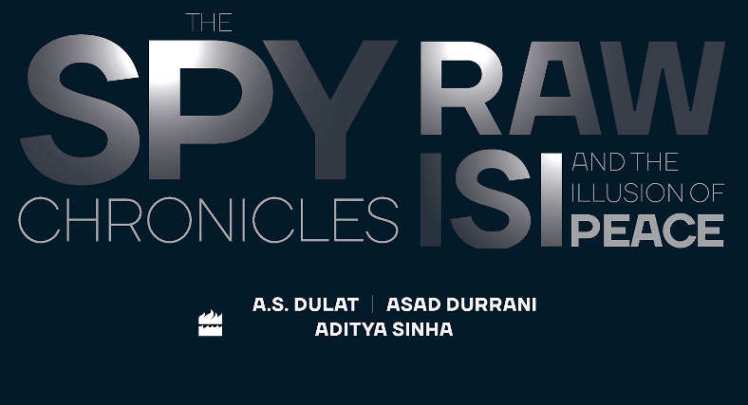 The general not only disgraced himself and his rank and position, he corrupted the entire political system. If he had refused to do what he did, he could have saved the nation from corrupt politicians

Lt Gen Asad Durrani, a former spymaster, is in the news again, and again for entirely the wrong reasons. Normally spymasters in Pakistan are very well-known but he remained largely unknown during his tenure. His only claim to fame, originally, was his illegal bankrolling of anti-Benazir political wheeling-dealing to pop up Mr Nawaz Sharif to national political horizon. This came to surface only after he was unceremoniously made to hang up his sword and was enjoying a post-retirement diplomatic assignment in Germany, apparently given as compensation. It is generally believed that as a quid pro quo to hold on to the assignment, he spilled the beans and disclosed the names of beneficiaries.

Like the saga of Justice Qayum receiving orders on phone to convict Benazir Bhutto, this too was a solid story unveiled by the PPP and finally established in the top court through the infamous Asghar Khan case. Surely, he was made to pay huge price for the ambassadorial assignment but the question remains; what ethical justification can he provide for bribing small-time politicos and cobbling a political alliance to support Nawaz Sharif to defeat Benazir?

Armies all over the world are disciplined services and treat disobedience of an order from seniors as next to treason but that relates to orders about the duties. In this case, bribing politicians to form an alliance, ostensibly under orders from the COAS, was not a duty laid down in law. The general not only disgraced himself and his rank and position, he corrupted the entire political system. If he had refused to do what he did, he could have saved the nation from the corrupt lot of politicians.

As if this disgrace was not enough, he has put his institutions, the one in which he rose to near zenith and the other he headed, to huge embarrassment. Whether what he has said through the controversial book The Spy Chronicles he co-authored with a former Indian spymaster, carries any weight or not is yet to be seen but the damage it has caused is phenomenal. It is for the military authorities to ask him whether he followed the rules of conduct or not, but the general owes explanation to the nation too.

The general may be unhappy with the nation and the state institutions on many accounts. First and the foremost, he was prematurely and unceremoniously retired due to conduct unbecoming of his rank and position. He decided to avenge from the institution which at the moment is fighting for very survival of the country and offering supreme sacrifices. He is also facing a probe on the direction of the Apex Court of the country. He then helped create Nawaz Sharif and Co and may now be trying to save him when the latter is in real trouble. But after having served in top-positions, did he war-game the implications of what he was doing or the opinions he was venturing. Everyone knows that whatever he said makes no real sense as he is not privy to anything for the last many decades, and giving his past record, he is the last one to be believed. But whatever opinion he has offered, which is music to many ear at home and abroad, he has raised certain questions.

The first question is quite natural; why did he attempt to rubbish the Military’s code of conduct and chose to malign the institution which made him three-star general from nobody? Why he did so in cahoots with a former spymaster of our country’s arch-rival? The revelations made in the book are as authentic as the claim that Pakistan sent non-state actors for 26/11, but even if these are authentic, why he chose India and that too at this this time when the Pakistan is fighting hybrid war? Was he used against his consent or was he a willing partner?

The general has quite a fertile imagination. He should have tried his hands at fictions because the story of an ex ISI officer who colluded with the Americans in hunting OBL is so moving, it should have been used by Bollywood movies. But the question is; how this juicy story came to his possession if not leaked by CIA and why he didn’t share those details with the Abbottabad Commission formed to probe the security failures after this incident? It would be more beneficial to share with the Commission than to share with Mr. A.S. Dulat.

There are many more questions but one is more intriguing; how was our good old general able to forge such friendly alliance with A.S. Dulat, the Chief of RAW who during his tenure has been working on annihilating Pakistan?

What the general said or what his benefactor, Mr Nawaz Sharif, has been saying has absolutely no credibility as they were never privy to the information they are “revealing” but they very successfully made effective gains; they made the country and its institutions talk of the town. There should be some institution who should reign in this general and the politico. This is the time for the security institutions to make it clear to everyone; if you cross the red line, you will pay dearly no matter who you are; a general, a judge, a prime minister or a media mogul.

One thought on “The Spy Chronicles: General Durrani owes an explanation to the nation too”